LetterStream is delighted to be a sponsor in this years Gunflint Mail Run (www.gunflintmail.com). The Gunflint Mail Run is a sled dog race taking place in Cook County Minnesota this weekend, celebrating the old way of delivering mail and supplies.

As a printing and mailing company, we’re glad for the more modern ways of getting mail from place to place, but it sure is fun to look back at yesteryear and see how things used to be.  Take a moment to check out the Gunflint Mail Run website, they have some beautiful pictures of dog sled teams working through the snow as well as some history of dog sledding in Minnesota.

You can also participate in their fund raising efforts and bid on some $75 LetterStream coupons, which might not be bid up as high as warm winter cabins, crampons and various other cold-weather items. The coupons can be used for USPS First-class mail, postcards, Certified Mail, FedEx overnight letters or any other services that LetterStream offers.

While we’d love to take you out for a cup of coffee and get some feedback on how we’re doing, we realize this might get a little impractical.

However, we have devised a way to buy you a cup of coffee for your feedback. It’s not quite the same as a sit down chat, but please know we will value it as much as a face-to-face meeting. Here’s how it works….

1. Go to your favorite business review site (Google+, Insider Pages, or another of your choice).

2. Give us a 5-star rating (if for whatever reason you can’t give us 5-stars, contact us immediately, and we’ll make it right).

4. Send us a message via our Contact page with a link to your review and your mailing address.

If you ever feel like you aren’t getting stellar service from LetterStream, simply call us and ask to talk to the President. He will always take the time to speak with you and work to improve our service.

*Limited to current customers only, one card per customer. Offer ends Sept. 30, 2013.

Wow, time flies (as did PepeAzul, the class 11 VW we sponsored running in the Baja 500); I didn’t have time to get a post out telling you I decided to join Chris, Greg and the rest of the PepeAzul team on their journey to Ensenada Mexico for the 45th running of the Baja 500.

Running the Baja is an amazing experience, especially if you like adventuring outside the US, in a 40+ year old car with a 62 horsepower motor with no windows or A/C, traveling on roads that most people wouldn’t dare travel on even in a 4-wheel drive truck.

Turns out we had a top notch team and were surprised to discover that two of our team members were retired USPS employees, go figure!  That meant we were prepared for rain or snow or high water and were determined to get there on time.

The entire event was a rush of excitement from the safety inspection (which was basically a huge parade and photo opportunity for the cars and team) to the race, to retrieving the car which was stuck near the top of a 1500 ft jagged rock hill.

I rode along side Chris from mile marker 95 to 230, bouncing, bumping through 135 miles of the rugged Baja Peninsula.

PepeAzul finally decided he could go no further at mile marker 255, slightly past the half way point.

I’m sure, due to the speed we were traveling, few could make out the LetterStream logo positioned on the hood of Pepe, but we do have operators standing by to pick up all those new customers who were exposed.

Thanks to all who participated in our social media promotion for $100 in Starbucks gift cards!

We had four winners, one for each platform that we launched:

Thanks again to all who entered! Keep following us for more fun contests. And if you haven’t explored our website, please check us out… especially if you send First-Class or Certified Mail.

LetterStream is a printing and mailing company. Whether you need to send a single letter or one hundred thousand, LetterStream has a quick and easy solution.

Most of the time our customers create their entire mailing in less than 2 minutes on our website.

So, if you’re not a fan of licking your own envelopes or have had one too many all-night mail stuffing parties, you owe it to yourself to give us a call or explore our website to learn more. I’m sure we can help!

Want to give us a try? Use the following promotion code to get up to $20 off your first order. Hurry, the code is only good for 10 more days! (First order needs to be placed by Oct 31, 2012 or credit disappears) 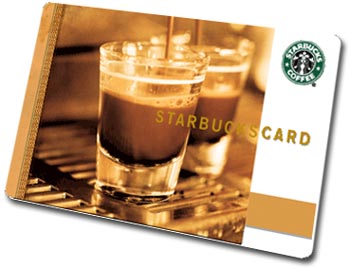 Connect with us on social media for a chance to win up to $100 in Starbucks gift cards!

We are giving away one $25 Starbucks gift card on each of our social media sites… Facebook, Twitter, Google+, and LinkedIn.

Each of the following gives you one entry for a $25 gift card:

* You are eligible to win across all platforms, giving you a chance to win up to $100 in Starbucks gift cards!

* Here are the links to our social media sites… we look forward to connecting with you!